Domestic violence is described as a systematic power and control dynamic between one intimate partner to the other and it includes the use of purposeful intimidation, physical assault, battery, sexual assault, and/or other abusive behaviors. Domestic violence is an epidemic; an issue that affects every race, economic status, age, gender, religion, ethnicity, and nationality. 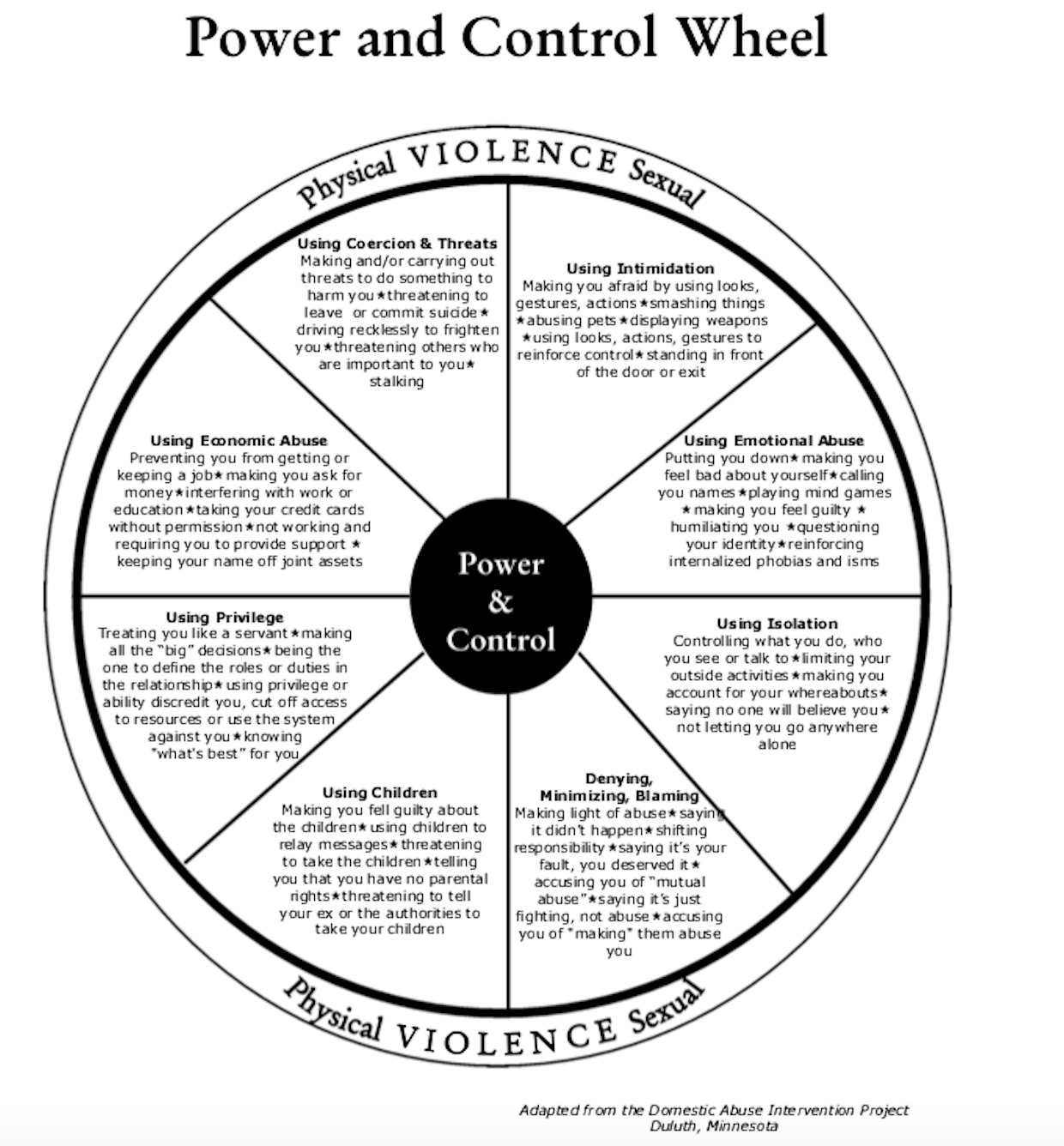 This power and control wheel is a good reference on how abusers can assert and maintain power within the domestically violent relationship.

This is a public education effort to promote advocacy and awareness to the issue of Domestic Violence.

One in four women will experience domestic violence from an intimate partner in her lifetime.

She could be your sister, daughter, mother, your peer or colleague. She is someone.

Together we can support survivors

“I am not free while any woman is unfree, even when her shackles are very different from my own.” –Audre Lorde